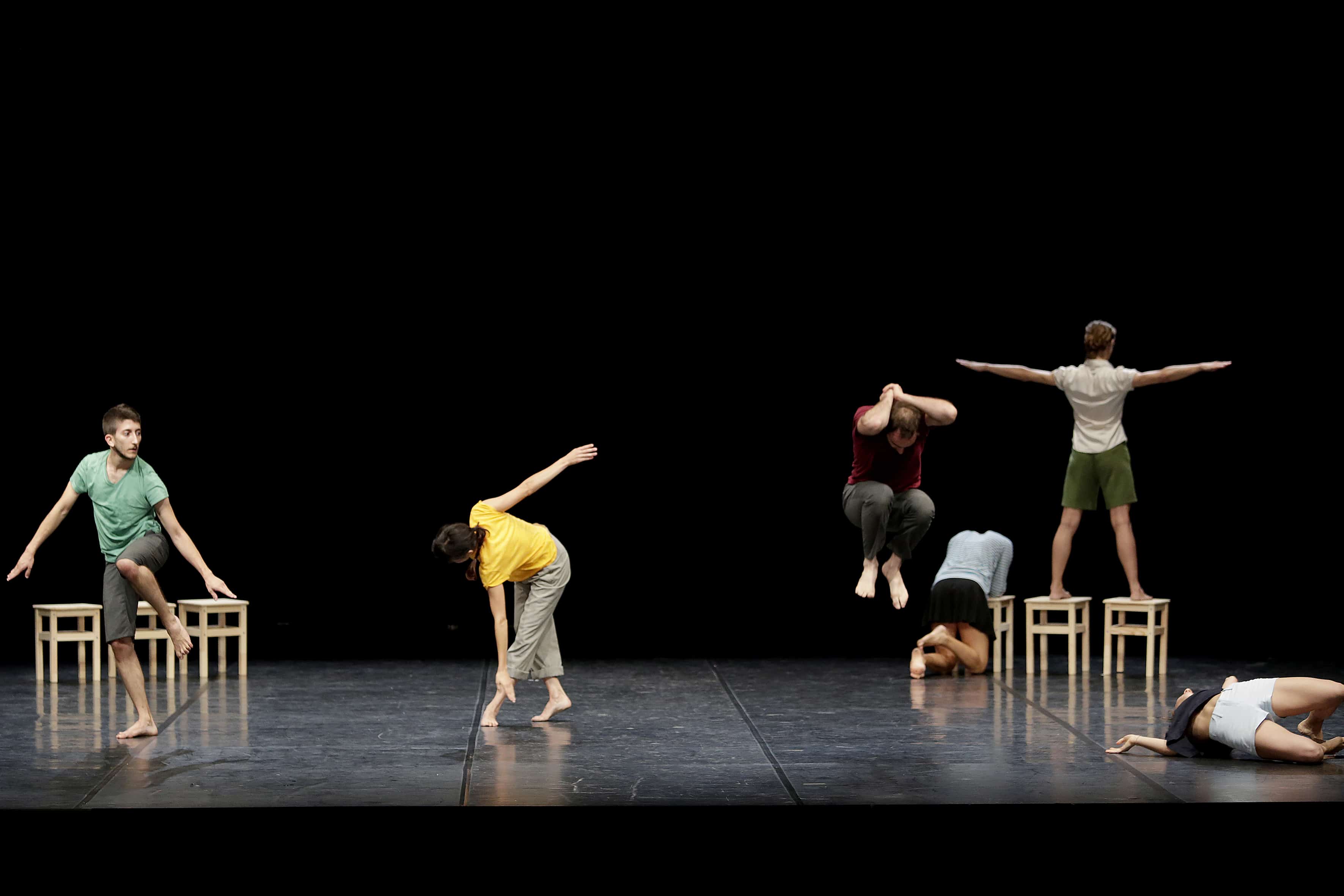 ” … For every place, there are many landscapes as there are individuals who interpret it… ”
Gilles Clement

The oratory, the courtyard, the garden: all delimited boundaries, the geometry of which contains and nurtures the relationship between the human action and the size of dream and imagination.
Inside the perimeter, made of walls or leaves, new games and rules are settled by negotiating the space management, and informing the dialogue between the individual and the community. A dialogue which is identified as key of living when it reaches its playful dimension: physical exercise, listening and observing the other, exhortation, shyness, distance but also tangency and touching…

Thinking of these elements in form of choreographic writing, guided me in the creation of a series of “paintings” dedicated to forms of choral actions and interactions, portraits of relational configurations continuously tilled, waved and jagged by the changing of the anatomy and bodies architecture.

On stage a sextet of dancers with a musician, the choir and the coryphaeus, caught in the act of structuring possibilities of grouping and aggregation: a team before the contest, a race, a battle or a play in the grove …
For each participant the task of renewing the perception of the surrounding landscape including the bodies of others, with the complicity of the volume and the tactility of the scores sound. 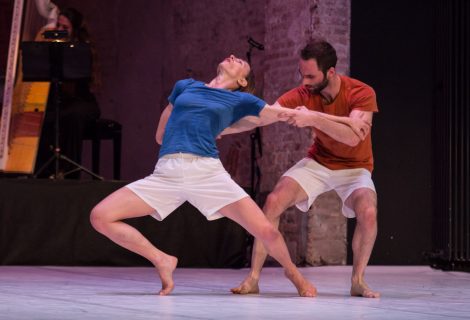 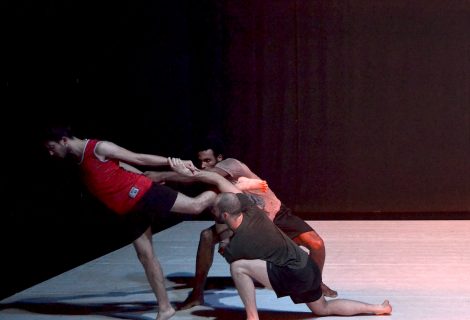