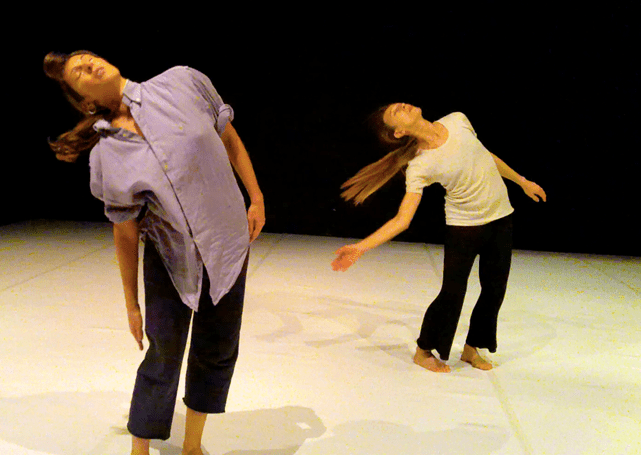 Finding is not inventing. It is less of a will than a desire,
less an intention than an attention, less a knowledge than an art.
J.L Nancy

Since the beginning of my work with Marta, I have tried to attribute to the space environmental characteristics that could induce visions, mutations, and unexpected capacities of adaptation. Unusual ways of being.

All this by letting movement take over the geometries, to surprise us, almost despite ourselves, in attitudes of continuous affection and irresistible resonance.

There was the glaciation, where everything opposes resistance, there were the skins, where verticality is compromised by continuous germinations and there was the multitude, that section of space in which one is oriented among innumerable presences, unbalancing the dynamics towards a single vanishing point.

And then there was what remains, the territory of the landings for new departures. That in which dance freezes to stay in a gesture, in a suspension. In a framework that is both the end and the beginning.

Practicing on this map, we deposited the first outline of the work in progress, renewing our amazement at the common need to enter dance as an immersion in the body and the possibility of stopping in immediacy.

We had also told each other this on the phone, during the spring lockdown….

In that vacillation of the world, what remained, among the many desires, was the entrance to the dance.

The most naked dance possible…

The next stages of research and creation will continue from this experience of space as a field of possibility and environment as a system of intersubjective attunement, to arrive at the structure of the work.

Special attention will also be paid to the relationship with music, sound and possible vocality.

Quel che resta is a work included in THAUMA, a multiform project and a container of performative actions of different nature that place dance at the center of research as an immersion in the body, power of gesture and condition of presence.

The dominant energy level is that of astonishment, experienced as a sudden irruption, an unbalancing of posture, an exit from ourselves, but also as an opportunity for acceptance and renewed experience. 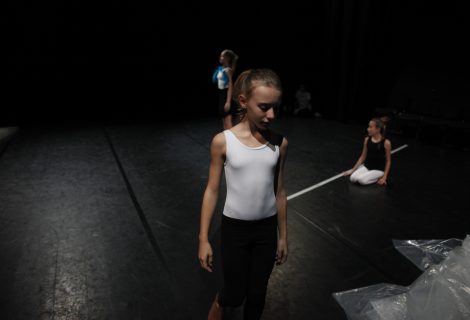