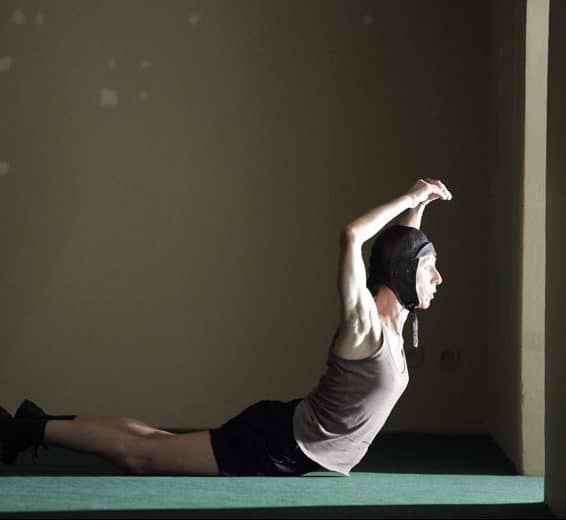 Winner of the Audience Prize as The Best Solo at 17Masdanza, International Contemporary Dance Festival of The Canary Islands 2012 | Selected work by Edinburgh Fringe Festival 2013

Bird’s eye view is a musing on flight, the mesmerising and playful journey of a solitary explorer in a highly visionary landscape.

A pioneer or a survivor this player embodies a witty and breathtaking physical trip, teetering between human and animal states.

The choreography aims to follow the idea of shifting the point of view of the body in space, as if it was caught during the timing of a flight. Appearing, hiding, disfiguring, sectioning, unbalancing…

The rules of this mimetic game reside in the body itself, in articulations, bones, and skin temperature and in their exhausting attempt to reach a sort of pure, primordial possibility of movement

This way playground and life join in the evocative power of gestures and body architecture.

Bird’s eye view is part of a bigger choreography project called Homo Ludens, composed by four different pieces all of them inspired by the theme of game.

Bird’s Eye View is part of Mimicry, the category of camouflage games.