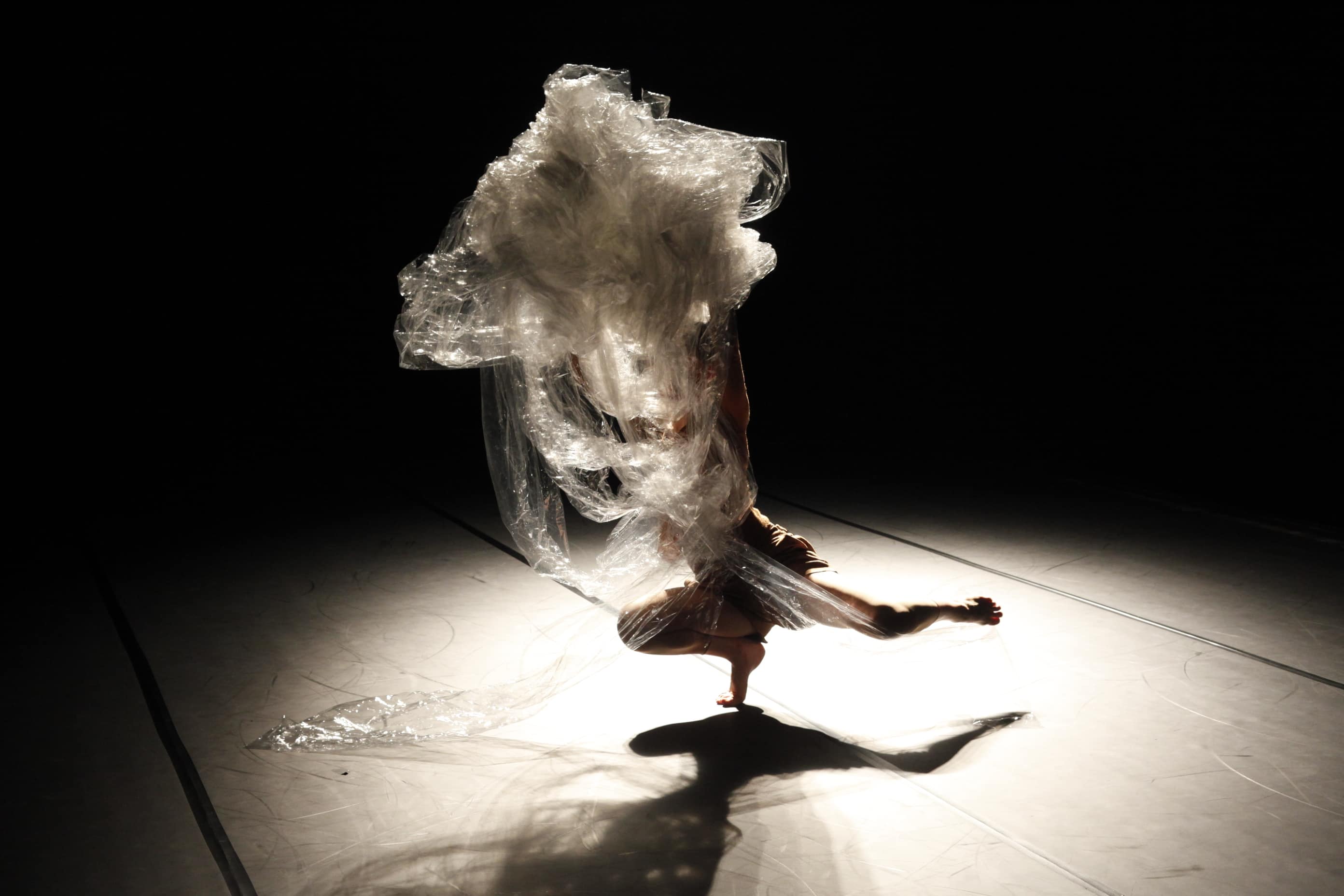 What climes? What persons and lands are here?

There is a particular transparency of gesture that appears when it is done almost unwillingly. It is a gesture shown though tactile and nervous activity. It strikes through the skin like a force to be reckoned with, and manifests subtle like a shiver.

Here, the form becomes a window to space, a texture on a landscape. The form underlines a perceptive nudity, without offering a story or an ending to lean on. The pure power of touch comes to surface, in search of an essential movement detached from any sense of “squareness”.

Stefania’s gestures go from the roots to flowering; they are immersions, snaps and thickenings. She uses wonder as a motor to recreate and change herself. She moves like drift, she digs to bring back to surface, she is in search of something to dedicate herself to. Restlessly.

There is no desire of mutation, just expansion.
Everything around radiates with the power of movement. In the moment when it manifests, the action contains both the present and its inhibition.
What I see and what I hear is also what I cannot see and what I cannot hear… but in some way I can perceive it, on the verge, like something that is possible, inexplicable, surprising.