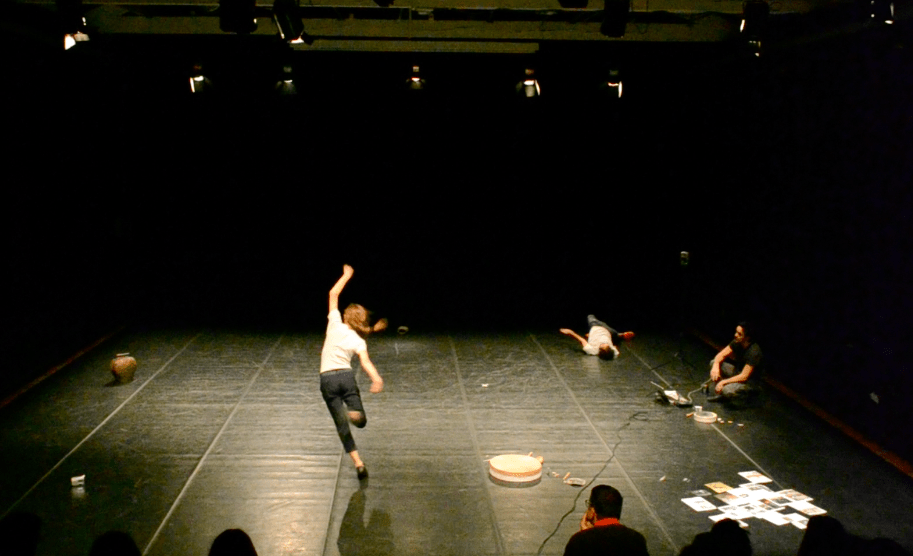 Cohabiting a space underlines the wandering dimension, the act through mapping and trajectories in which the body gives the measure, but not for necessarily setting encounters, finish lines; rather they are traces, footprints which we want to draw. Rings and proofs of presence, active more for affection than for a need of recognition.

A relation starts, because of the multiple possibilities of refractions which the actions mark in the space, fitting the silence with pulses.

An architectonic configuration born and waver, underlining the beginning vectors but projecting itself far, losing borders and geometries.

In this suspended dimension, gesture and sound weave the Morning Air atmosphere.

Even following organized scores, Aristide, Enrico and Simona try to expand the orbit of their actions, allowing the extemporaneous to fit in the practice path, leaving open every occasion of immersion in the edges of an unexplored territory.