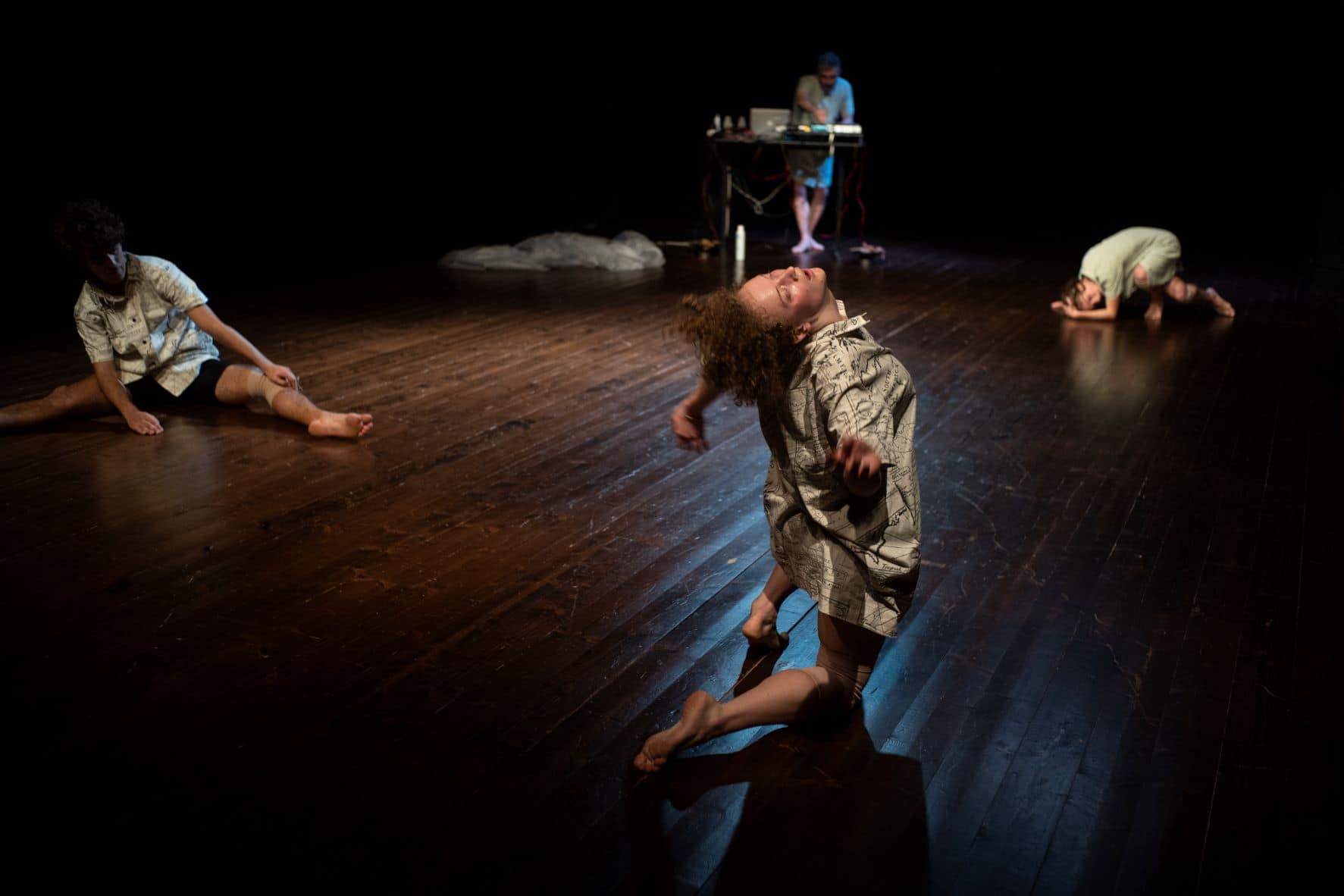 The body precedes me
The door opens and the tiger leaps
Virginia Woolf, The Waves

Entrusted to the energetic impetus and visionary horizon of young presences and physicalities, ONDE takes shape through choreographic, gestural and musical writing that expands in the succession of dialogue between shifting, vibrant and desiring postures.

Rhythm punctuates individual gaits and choralities, highlighting the unanimous obstinacy to buoyancy and the impetus of emergence. We tune in to sonic motion, to collective and cosmic geometries, re-proposing soars, turns and inclinations. Waves of bodies, in their creaturely and polyphonic present.

The dialogue between anatomical and sonic volumes multiplies the perspectives of encounter, confuses temporal coordinates and, like the propagation of shock waves, blurs the contours of individual actions, between provenance and projection.

Marking, beating, spelling, stuttering, tending, resigning, becoming slight but also impetuous, bold as the moth that goes toward the light even though it may burn it.

From The Waves, Virginia Woolf’s famous play-poem, ONDE incorporates the continuous current of images and the need to regenerate in rhythm, informing bodies by affection and continuous protrusion between moments of being and universality of perceptual motions.