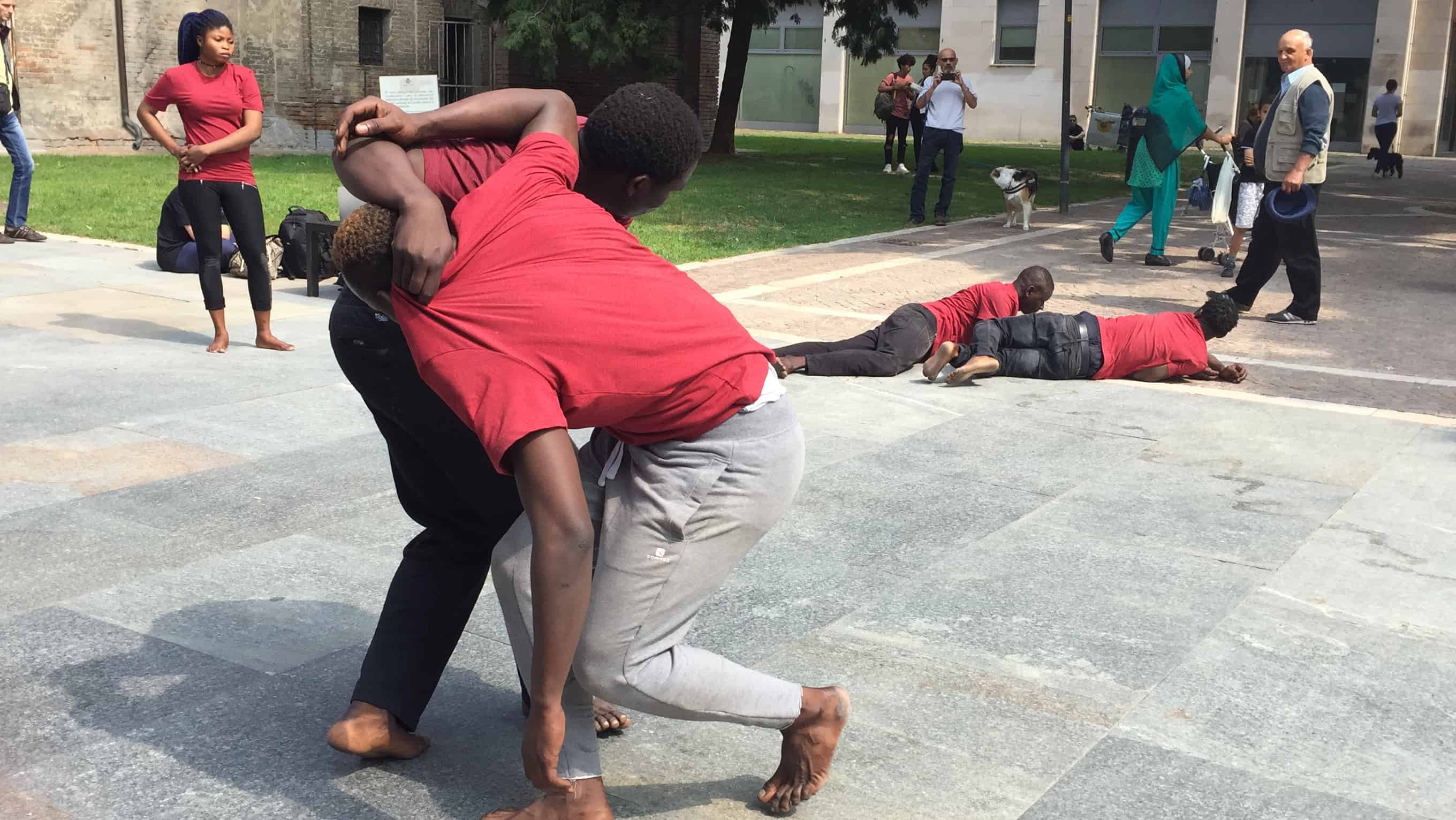 POEM OF YOU, WHOEVER YOU ARE

“whoever you are, now I place my hand upon you, that you be my poem”

I would like to develop with the Marewa group a composition and research path dedicated to the movement nature, assuming as a core it’s fleeting and transient character, able to have a surprising generative power.

The tableau which will born from that path will be insert in  Wonder(L)and, an actions and choreographic practices box concerning the wonder and the astonishment field.

As a medium which spreads out the iconography and the rhythmic power, there will be the Walt Whitman poetic thought, already used in other Wonder(L)and actions and here present with the Poem of you, whoever you are, composition in which emerges the  physicality of the poetry, the short lived touch of its poetical word, able to evocate landscapes of existences, of bodies vague in their postures and  crossed by the visions flow and by the spaces matter.

A polyphony of events, which are all essential and bright.

These are Whitman’s wonder temperatures, which I feel very close to my thought on the gesture beauty and its declination in the images production.

Choosing the horizontality of the optical sense adopted by Whitman and the never ending flow of visions, landscapes, motions, colours, matters, we will deal with the anatomy in two predominant  directions:  subtractions and propagation. I would like to trace a series of unbalanced dances, immersions in the movement asymmetry, where the fascination of the futile prevails for its necessity of expansion, of  breaking the balance, of meeting other trajectories different from itself.