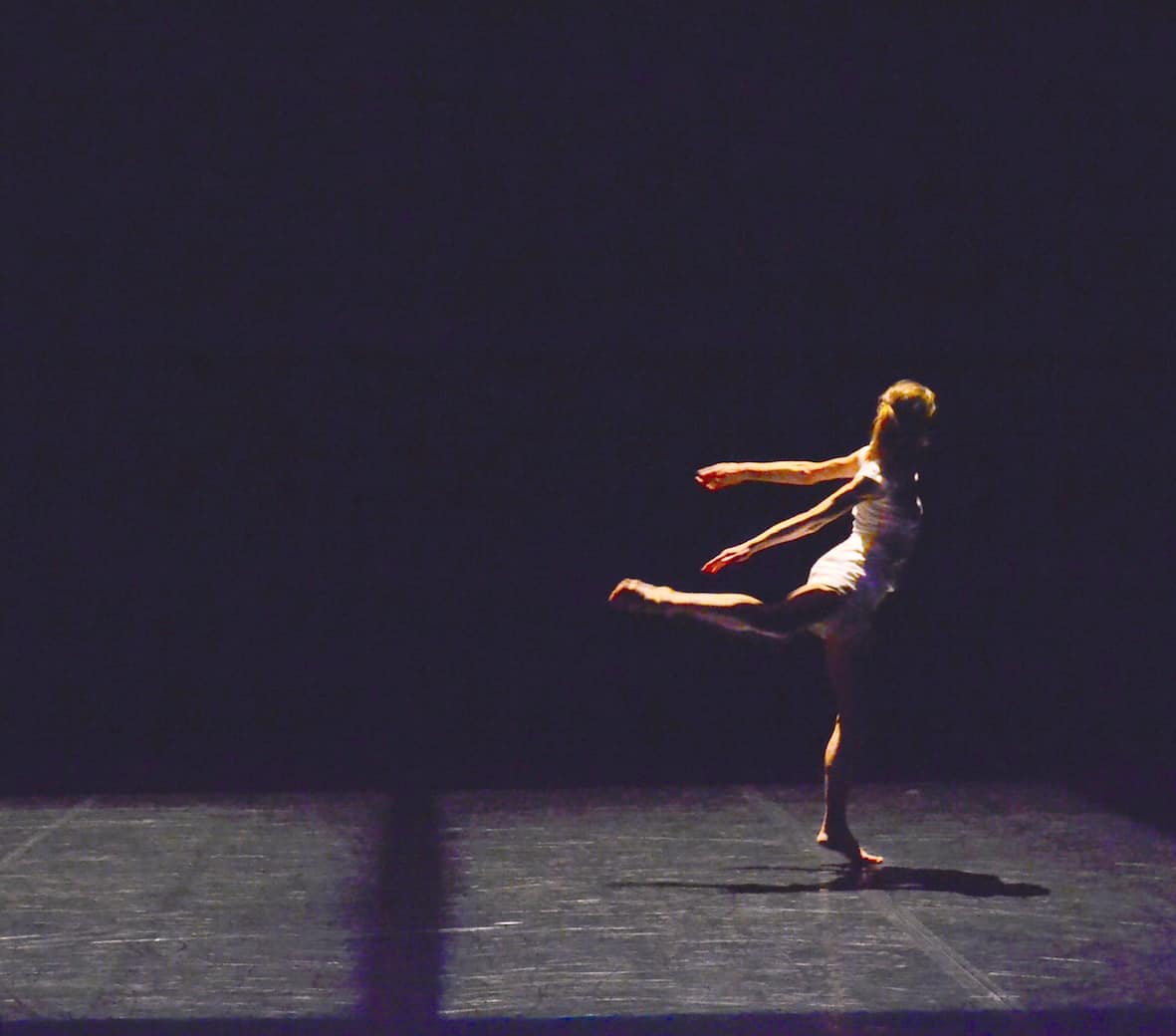 “All the arts (come) to the mortals by Prometheus.”

Prometheus’ aim is to introduce to the human being the capability to made, forge, grow and build.  He’s gift is to delve into a practice in which the action becomes complex, focused on the care, on the creative vitality.

In this Prometheus: Contemplation abstract, the alone figure which appears doesn’t reveal an incipit of her action or her source.

The action score is organized, but the persistence on the practice breaks every time the tactile borders, exposing every motion to the vulnerability of the spotless and hanging present of the stage.

A rhythmic gymnasium: in which the rule reversibility and their melting engrave. An action tableau, which contemplation is entrusted to the audience.