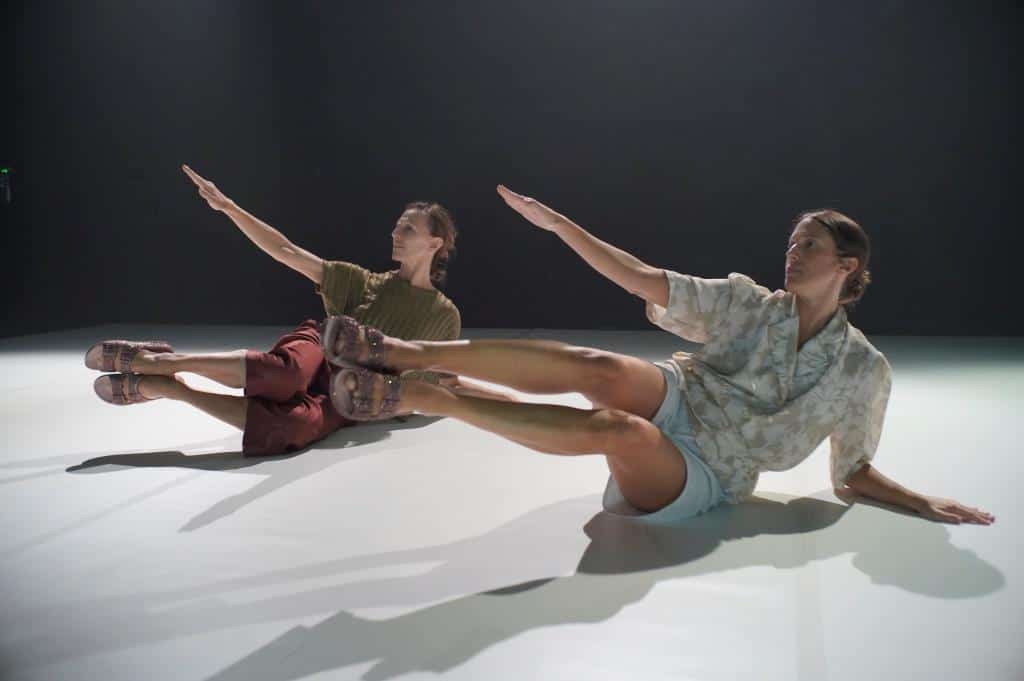 Finding is not inventing. It is less of a will than a desire,
less an intention than an attention, less a knowledge than an art.
J.L Nancy

Since the beginning of my journey with Marta, I have tried to attribute to the space environmental characteristics that could generate visions, change the density of the air and generate the unexpected ability to cross. Unusual ways of being.

All this so that we could meet in a boundless dance, able to reverberate beyond the awareness of our actions and surprise us, almost despite ourselves, in attitudes of affection and irresistible resonance.

Quel che resta (What remains) was, at first, one of the territories of the map and of the practices, between glaciation, skins, escapes, and then became the overlying image, the bubble, the necessary degree of presence, the shared gaze, the inevitable questioning on which to pause, to find the subtle breath and transit from one dance to another.

From a section of space, Quel che resta has become the whole organism, the living, a multiplication of vectors, perspectives, anatomical flexions, rhythm and time.
It has made us connective tissues, to imagine and welcome other inhabitants, to make temperatures and origins reverberate, to generate multiform agreements of entry into movement, looking for unexpected capacities to make the world. To generate amazement.

What remains is the impetuosity and the lingering of bodies, the weightless touch: it extends a vocabulary of waits and starts, of repeated geometries, of figurines, ice, resistance, epidermis and pupils and of refrains. To be hooked.

Quel che resta is a work included in THAUMA, a multiform project and a container of performative actions of different nature that place dance at the center of research as an immersion in the body, power of gesture and condition of presence.

The dominant energy level is that of astonishment, experienced as a sudden irruption, an unbalancing of posture, an exit from ourselves, but also as an opportunity for acceptance and renewed experience.