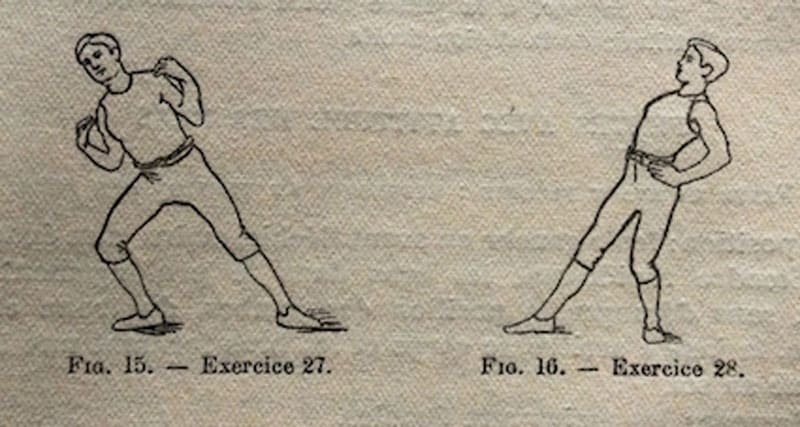 Nexus selects, shadows and promotes some rising choreographers: click on their names to find bios and previews. 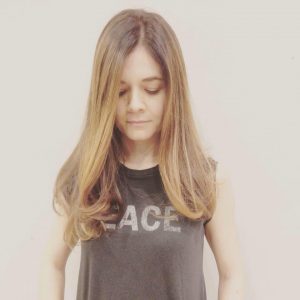 Graduated in 2005 in Dance Performance at SEAD (Salzburg Experimental Academy of Dance).
Trained at Cunningham Studio in New York (2008), UltimaVez Studio (Brussels) and Venice dance Biennale / Choreographic Collision 2009 and 2012.
In 2015 /2016 she has been selected for the “Volcano” project, to investigate choreographic and movement practices  with choreographers Simona Bertozzi and Cindy Van Acker.
In 2011 she took the Master degree in Choreography at Trinity Laban Conservatoire of Music and Dance (UK) with the thesis/performance UNTITLED. Two on a White Surface. 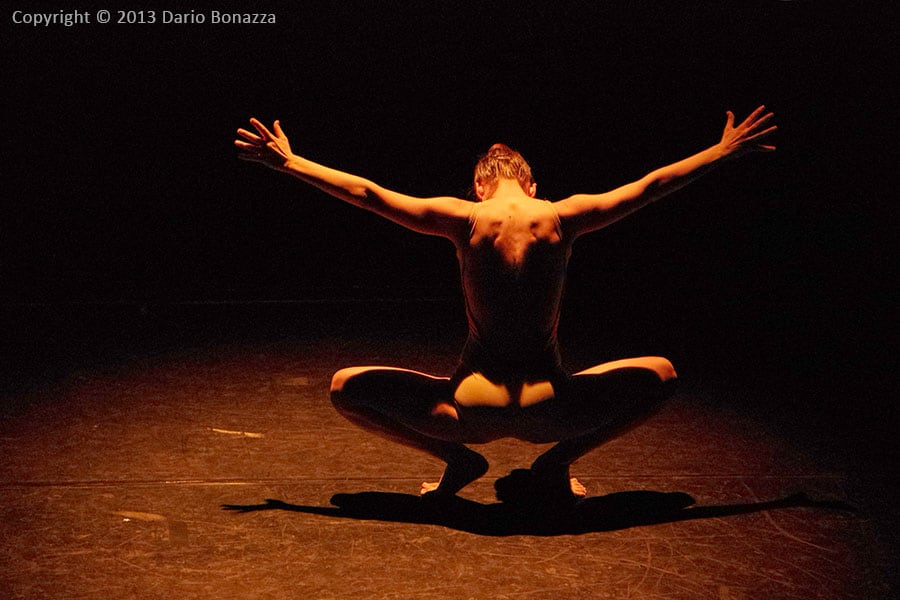 B e c o m i n g A n i m a l is a choreographic project which uses the fundamentals of the body transformation through the movement. How to transform, mold the body, changing its shapes?
Following the Deleuze’s basics of the becoming, the body becomes something else from the inside, drifting apart to the imitation concept and following a transformation process in which it’s something different from it selves: animal, particle, neutral surface, rock star. Pushing it selves over its boundaries, the performer’s body mutates, creating detached and evocative images which give life to a visual landscape that is not only human, but also animal, iconic, fantastic.
It’s not an animal metamorphosis, but is the achievement of a “non-identity” which is a freedom state. The story is detached and made by images which are generated one by the other, into themselves and one after the other one. Following the “Infra Mince” definition of Marcel Duchamp, the aim is to create a unique space of transition and transformation and an hybridization movement in which two things or entities, mutate in their boundaries after the contact between them, and becoming another thing, for an instant, and for that unique moment which is their meeting. The animal and the human melting themselves in an hybridization movement and in a continue daily exchange. The research of the choreographic material is a choice of physical, special, temporary boundaries, as a possible strategy to influence the body and change its inner and external perception, because the limit arrangement and the adjustment at the circumstances can increase a physical transformation and a new organic movement. Submitting the body to physical rules, we arrive at a different image of the same body. A new presence nondependent to terrestrial rules anymore, but that shows it selves without weight, without spatial orientation, time and identity. 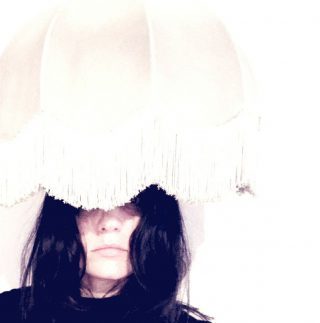 “(…) We must take seriously the idea that public space is a question (…)”
Rosalyn Deutsche
The reflection develops the three spatial elements: the private, the public and the moment between those two, the “dive” as an extreme action of freedom and bravery, or as an acceptance of its own failure.
The fascination is, in its aesthetic, the aim is to interpret the image of the overturning of the body and the crystallization of the dynamic vertigo which happens one instant before the dive. The moment in which the beastliness and the rationality meet, between vertigo, rituality and bravery.
The model references to the “Cry for help”, and describes an individual strategy: attracting the attention on it selves producing an immediate changing in the environment and in the persons which the communication is made for. 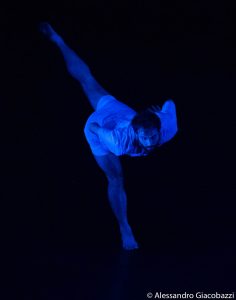 Aristide Rontini (April 10th 1984) starts his artistic path in the theatrical field with Marina Mazzolani and Corrado Gambi, thank to those he increase different contemporary theatre techniques. He takes the  Bachelor of Dance/Specialization Performer at Rotterdam Dance Academy. He dances for Compagnia Simona Bertozzi | Nexus in “Prometeo: il dono” and “And it burns, burns, burns”. He collaborates with Candoco Dance Company, Conny Janssen Danst, Micheal Schumacher, Georgh Reischl e Alessandro Carboni. He gets the Danzeducatore® degree at Centro Mousiké in Bologna. He is in the italian network of inclusive dance “Unlimited”.

He takes part as a dancer to the European project around the inclusive dance  “Moving Beyond Inclusion”, which partners are Oriente Occidente Festival, Candoco Dance Company, The Croatian Institute for Movement and Dance, Producentbyrån / Spinn, Tanzfähig, BewegGrund. He creates the choreographies “Il Minotauro” and “It Moves Me”. He takes part at the “GD’A – Percorsi Formativi per Giovani Danz’autori 2015” by ANTICORPI.

He is selected by “Vetrina della giovane danza d’autore 2016” with the solo “It moves me”. He teaches contemporary dance. He gives masterclasses of educational dance, community dance and inclusive dance. He collaborates with San Domenico Museum in Imola for performing arts projects concerning the community dance, as “Dancing like Yves” and “Danza e corpo di periferia”. 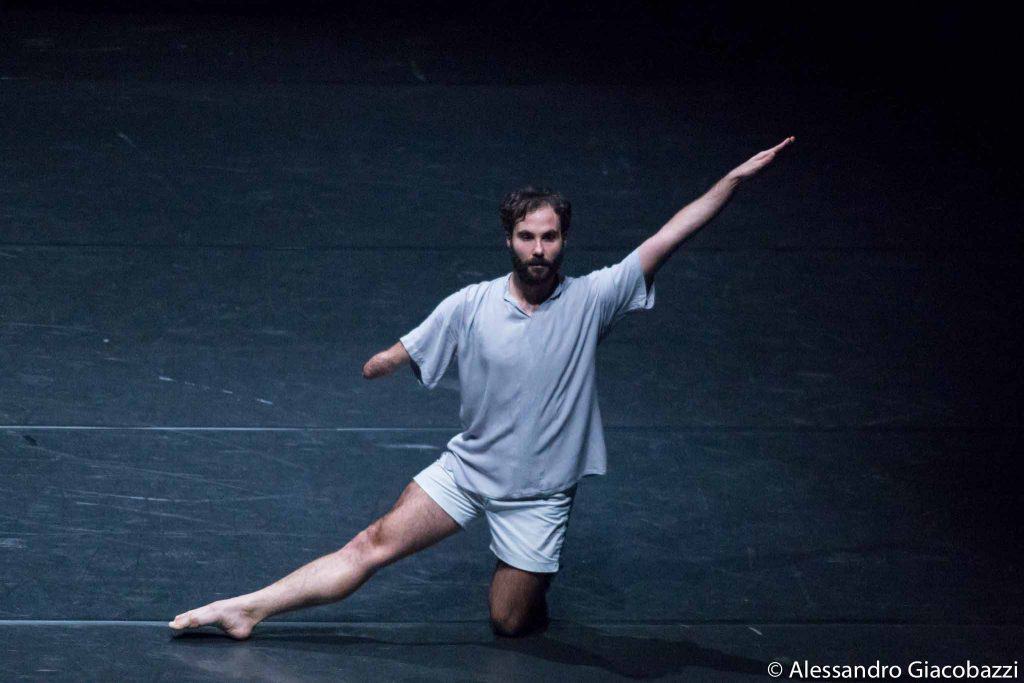 “It’s a mirage in the desert
Thundering vapor suspended on a cliff
Crystals full of memories
Light blue silence of a glacier
Diviner path
Gulf and dew
Flows inside us”
The extended imaginary about the water element creates in me a strong attraction. Water as vibration, crystal, undertow, wave, emotion, flow, purification. Not only its presence but also its absence is been a fundamental start of the reflection for the choreographic research. The desert dryness and the deepness of the ocean both inspired the gesture and the dance. The inner water capability to transform it selves and the research of its origin in the body gave the star to the drama path  which conduces us to the integration of its essence in the human being.