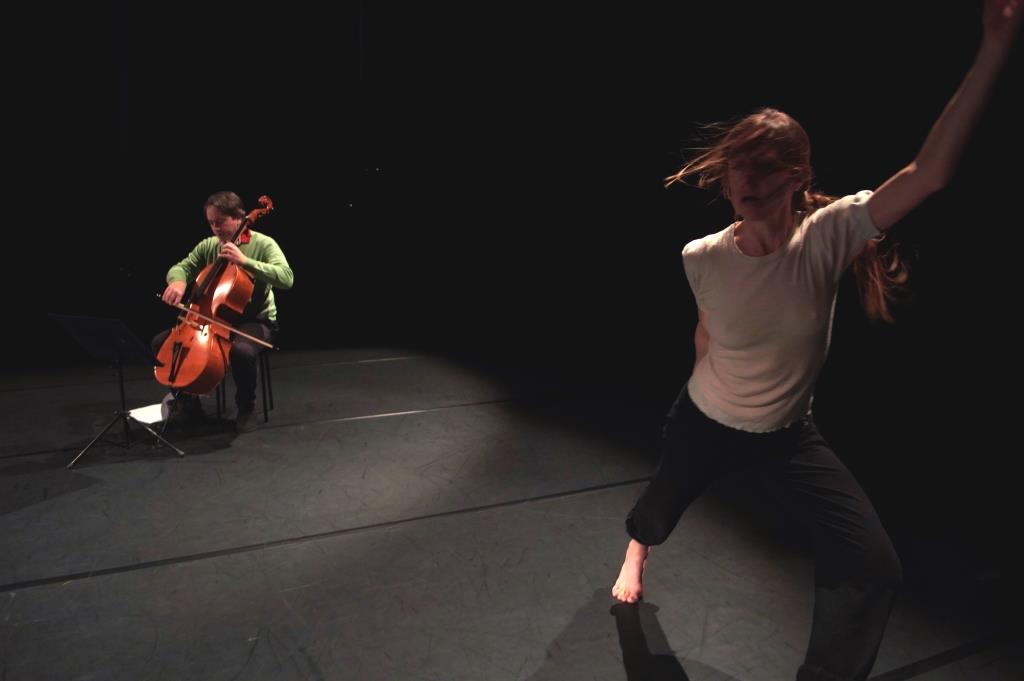 I have the general and abiding impression of a sphere of simultaneity welded to my presence.
Paul Valery

Built in six movements, with an antechamber and a leave that frame them and, at the same time, mark their origin and projection, Suite Zero unfolds as a collection of events, an anthology of pieces marked by the dialogue between body and cello soloists.

While respecting the typical structure of the suite, that is the succession of: prelude, allemande, corrente, sarabande, minuets, gigue, the texture of the choreographic and musical trend intends to build a new landscape of co-presences, references and interactions that disrupts the boundary of a pre-established order, affecting the rhythmic and temporal perception of actions.

A dialogue between engravings and accidents.

From moments of obstinacy to moments of suspension and evanescence. From the most individual trait to the attempt to get lost in the multiple, to cross over into the unpredictable, Suite Zero affirms its own nature in the deflagration of the dialogue, between body and cello, towards polyphony, towards the multiplication of presences, disseminating sound sculptures and body geometries.